This Ex-Ripple Board Member Offers XRP As Shareholder Benefit

XRP News: Yoshitaka Kitao, the founder and CEO of Japanese financial services company SBI Group who was until 2021 a board member at Ripple, is offering shareholders with...

Japan intends to allow local investors to trade foreign stablecoins such as USD Coin (USDC) or Tether (USDT) no later than the end of the second quarter of 2023, The Financial Services Agency (FSA) reported.

However, the FSA is unlikely to allow all foreign stablecoins, and the... 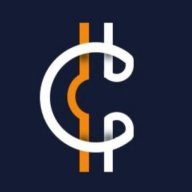 Japan to allow stablecoins for trade by June 2023

In the sequel of its plan to lift the ban on foreign stablecoins like USDT, the Financial Service Authority in Japan is expected to approve new legislation by June 2023, which will allow the use of certain stablecoins for trading. According to a local financial body, Japan's new legislation permitting investors to trade using stablecoins […] The post... 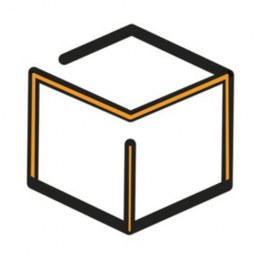 In response to market conditions world's leading cryptocurrency exchange, Coinbase, has announced that it will be halting operations in Japan. This news comes less than a month after another major exchange, Kraken, announced its withdrawal from the country. According to […] The post Coinbase to Halt Operations in Japan, Assures Smooth Transition for Customers appeared first on Blockmanity.

Coinbase Stops Operations in Japan Due to Market Volatility

Coinbase Global Inc, one of the biggest and publicly-listed (NASDAQ:COIN) cryptocurrency exchanges, announced on Wednesday it is halting its Japanese operations due to the severe market slump and heightened volatility observed during previous months.

Coinbase shuts down operations in Japan 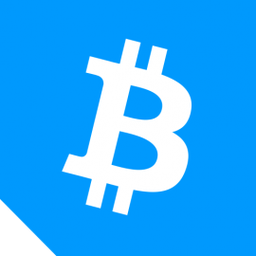 The implosion of the crypto exchange FTX sent shockwaves across the crypto space. Before its fall, FTX was one of the top exchanges in the world. It had millions of users with several products and services related to digital assets. Also, FTX had some subsidiary firms in different countries that are now struggling due to the sudden crash of the parent company. Following...

Crypto Regulation: Why Japan Is Urging Its Global Counterparts To Apply Crypto Rules To Banks

During the early years of bitcoin wherein crypto regulation around the asset class was lax, Japan was among countries that traded and managed it. Mt. Gox, which was once known as the largest crypto exchange, was the home of the early Bitcoin in the Land of the Rising Sun. But after the 2018 $500-million crypto hack on their local crypto exchange Coincheck, the...

In Japan, crypto issuers and businesses pay a set 30% corporate tax rate on their holdings, regardless having made a profit or not. However, the government is making plans to ease the levied tax. As part of its efforts to promote development in the domestic financial and IT industries, the Japanese government plans to relax […] The post Japan to...

Japanese Power Giant To Mine Bitcoin

The utility firm of Japan, Tokyo Electric Power Grid (TEPCO), is working with TRIPLE-1. Bitcoin mining and to capitalize on the excess power in its grid is the aim. TRIPLE-1 is a local hardware manufacturer....

TEPCO Power Grid is deploying bitcoin mining operations across Japan in a partnership with a local semiconductor company to capitalize on excess power.Japan’s largest electric power company is about to start mining bitcoin.Tokyo Electric Power Company (TEPCO) Power Grid is partnering with TRIPLE-1, a local semiconductor designer and developer, to mine bitcoin with excess energy across the country, CoinDesk...

FTX gets three more months to stop all operations in Japan

Japanese authorities have postponed FTX Japan’s suspension deadline because the firm has so far failed to return assets from custody to creditors. Local regulators have given the Japanese affiliate of the now-defunct cryptocurrency exchange FTX permission to work through withdrawal-related problems into the following year. According to Reuters, a statement addressing FTX Japan operations has […] The post...

FTX Gets New Deadline To Return Customer Funds In Japan, Here’s Why

Japan's Financial Services Agency on Wednesday said it plans to extend the suspension order for crypto exchange FTX Japan. The move comes as Japanese arm is taking more time to resume withdrawals and return customer funds. The FSA in November ordered FTX Japan to suspend operations such as accepting new customers, and work on resuming The post Just-In: Japan's FSA To Extend Suspension...

Binance back in Japan with Sakura Exchange Bitcoin in its pocket.

Japanese messaging giant LINE has decided to shut down its Bitfront cryptocurrency exchange and will halt all withdrawals from the platform in March 2023.

Bitfront announced the development on Monday in a statement published on its website, noting the decision “is unrelated to recent issues related to certain...

The Bank of Japan (BOJ) is working with three megabanks as well as regional banks in the Asian nation—and next year will trial a digital yen. The Bank of Japan (BoJ) is still testing a potential digital yen despite Japan's uncertainty over whether to issue a central bank digital currency (CBDC). According to a Nov. […] The post BOJ to...

The financial market regulator of the Bahamas has frozen the assets of “FTX Digital Markets and related parties” following the stunning collapse of Sam Bankman-Fried’s cryptocurrency exchange, FTX.com.

In a press release on...